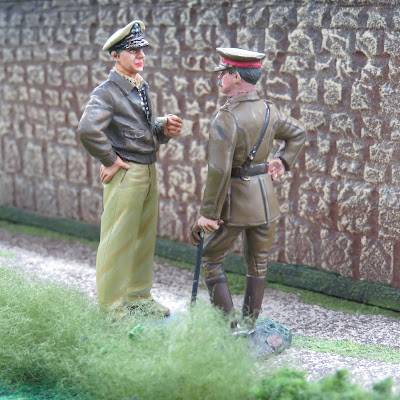 "The Japanese air arm hit Port Moresby this morning, Sir. News is patchy because communication was poor due to atmospherics. Here is what we know General MacArthur, first from a Lieutenant Newton flying a Wildcat off Enterprise." 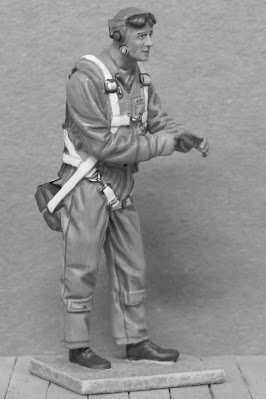 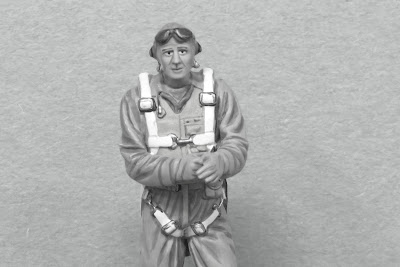 "Captain Garner and I flew as a pair on a northerly heading east of Port Moresby. Four unescorted Japanese bombers were observed on a southwest course. 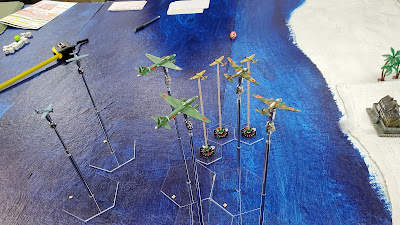 "We banked right, (northeast) then curved northwest [shown] to arrive on their tails firing at one Betty on the left side of the formation." (Photo courtesy of Dave G.) 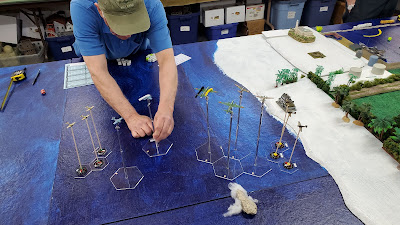 "Smoke erupted from the port engine [black and yellow smoke] but the plane was not brought down. Enemy side gunners poured fire into us too. Garner radioed saying, Jay, my cat won't last long. Sorry, but I've got to return to Enterprise or I'll be swimming." (Photo courtesy of Dave G.) 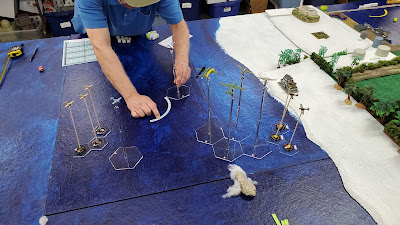 "As he veered away, I wished him luck and a beer on me when I returned home." [That's Bill flying Garner out of the fight. Lt. Newton had not yet moved this turn. In a moment he would zoom 50 cm straight because as he says....]
"Three Oscars appeared on my tail. [Behind the other light blue Wildcat] Luckily I was helped by the arrival of three RAAF Hurricanes. I later learned they brought down two Oscars, losing one of their own." (Photo courtesy of Dave G.) 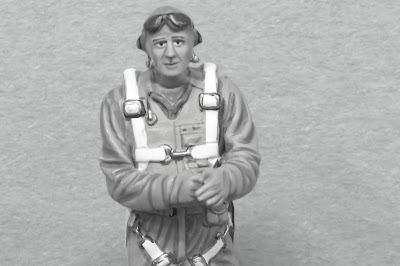 "By this time the bombers had outdistanced me though I had turned to reengage." 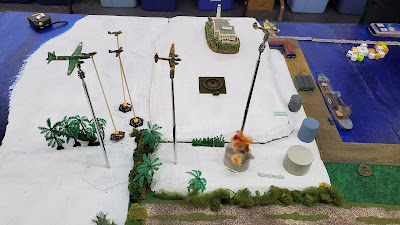 "Soon a fire and smoke plume rose in the dock area. It was then that I noticed my reduced fuel gauge. Returning to Enterprise had become essential." (Photo courtesy of Dave G.) 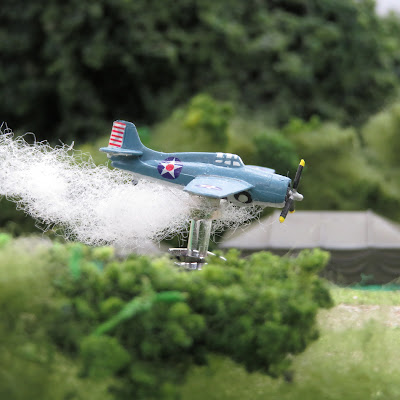 "At my debriefing back aboard ship, I learned that Captain Garner decided to land at a Port Moresby airfield rather than risk returning to the carrier. Our beer will have to wait." 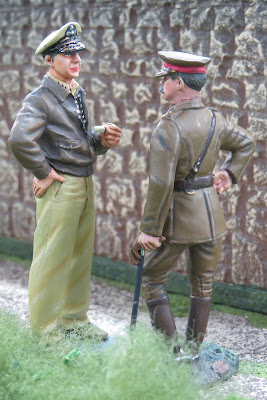 "What damage did the harbor sustain General Pettygree?" 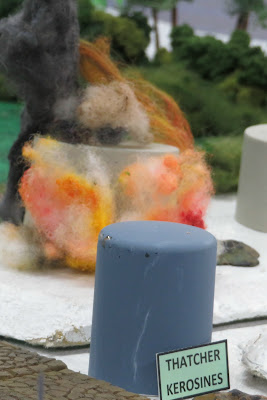 "The fire and smoke plume I daresay was a destroyed fuel tank at Flashtons." 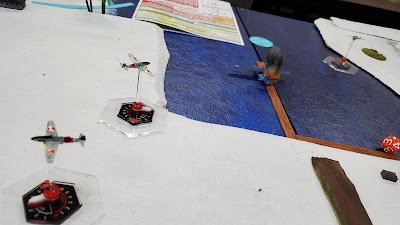 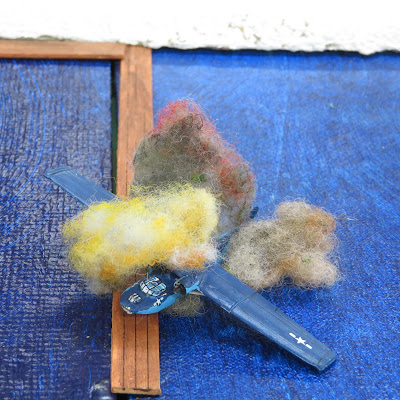 "Was destroyed in the seaplane bay to the west." 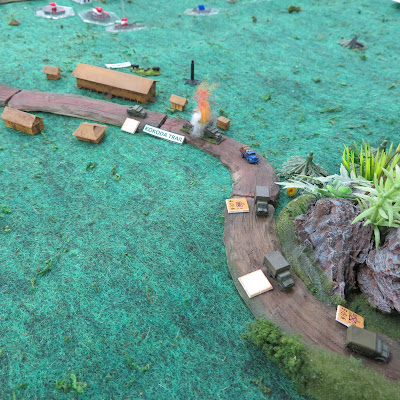 "And an Australian Brigade was strafed traveling north on the Kokoda Track as it reached the lower foothills of the Owen Stanley Mountains." 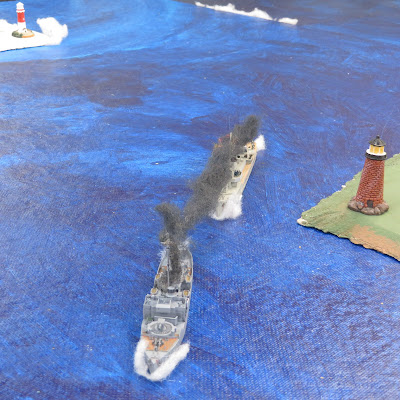 "An inbound Corvette and minesweeper sustained no damage. Both assisted in the defence of the port with anti-aircraft fire." 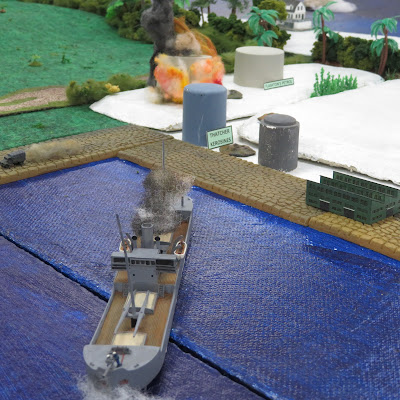 "Finally the merchantman J. B. Tucker was not hit. She pulled out of her berth thinking fuel depot explosions and fire might spread to her. Indeed one of the Thatcher Kerosene's tanks was eventually bombed close by. Imagine the potential carnage." 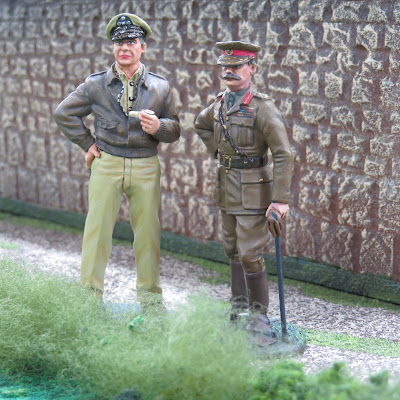 "Well General Pettygree, the enemy is getting his punches in now, but we will counterpunch soon enough. Hard."
CLOSING REMARKS 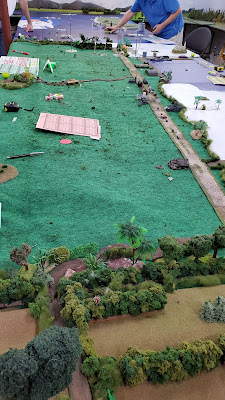 1. Owen Stanley Mountain foothills on the left and Port Moresby on the right. (Photo courtesy of Dave G.) 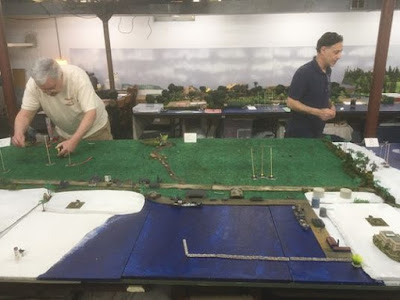 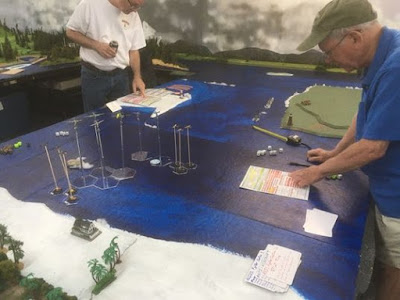 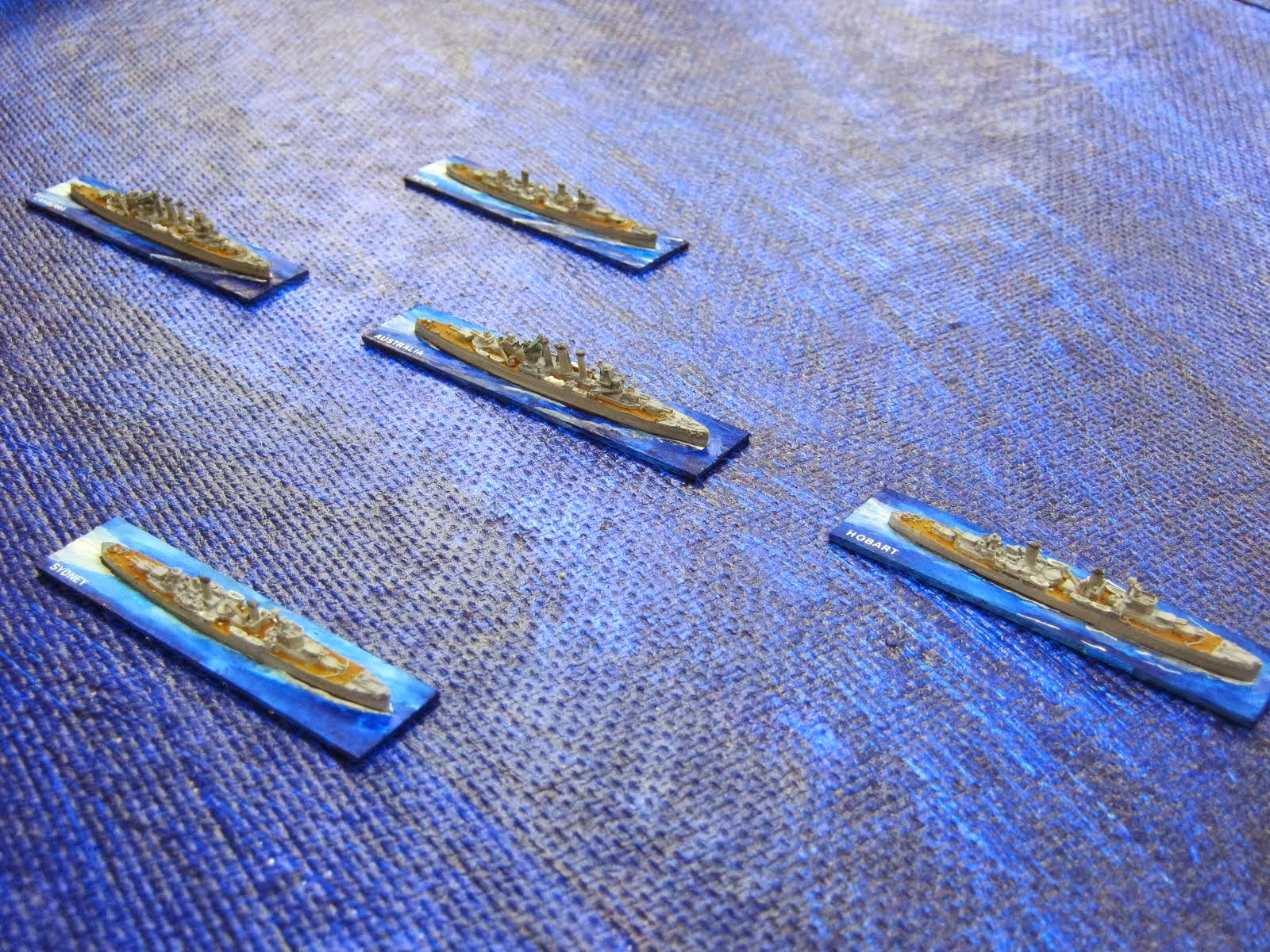 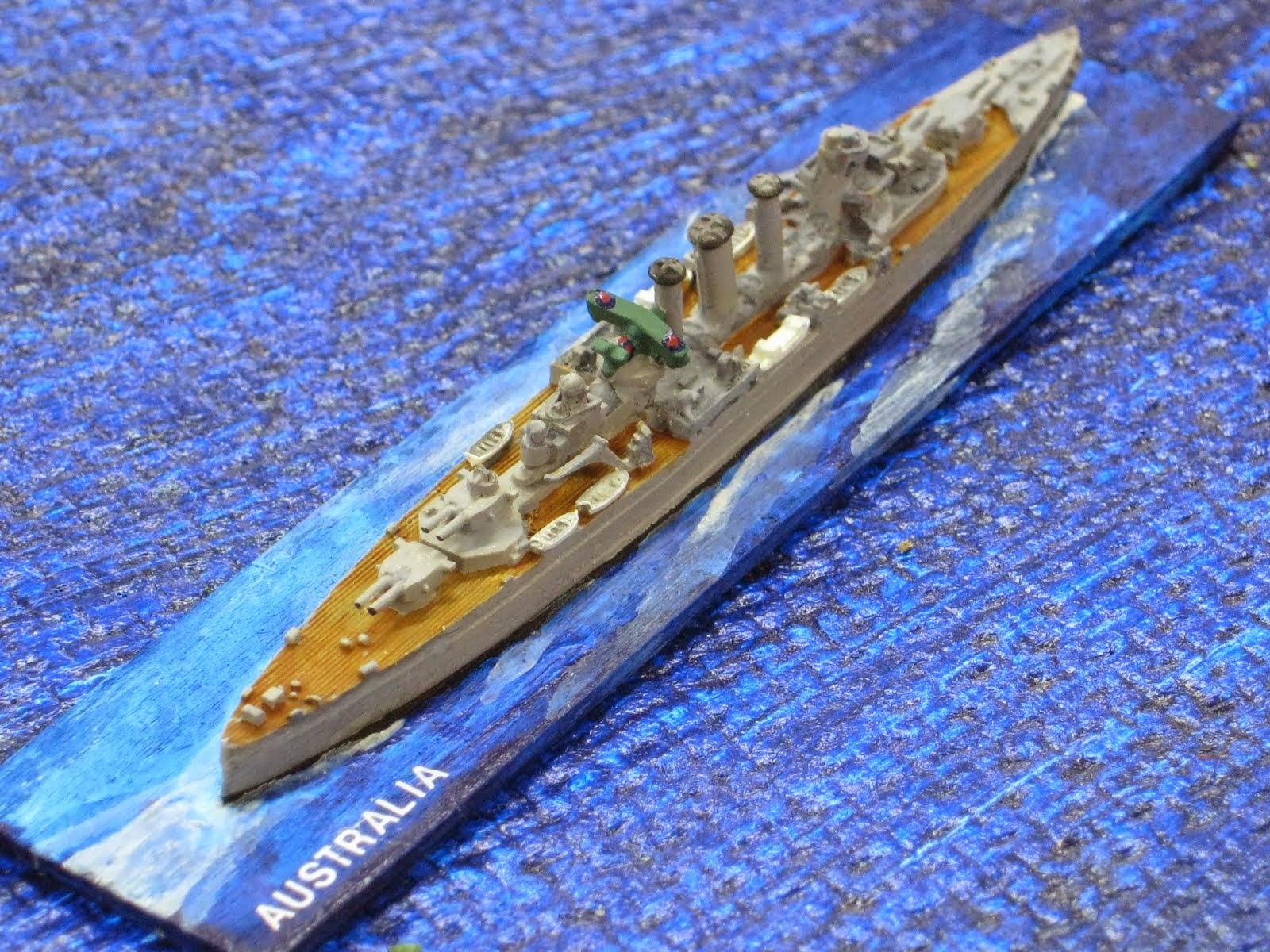 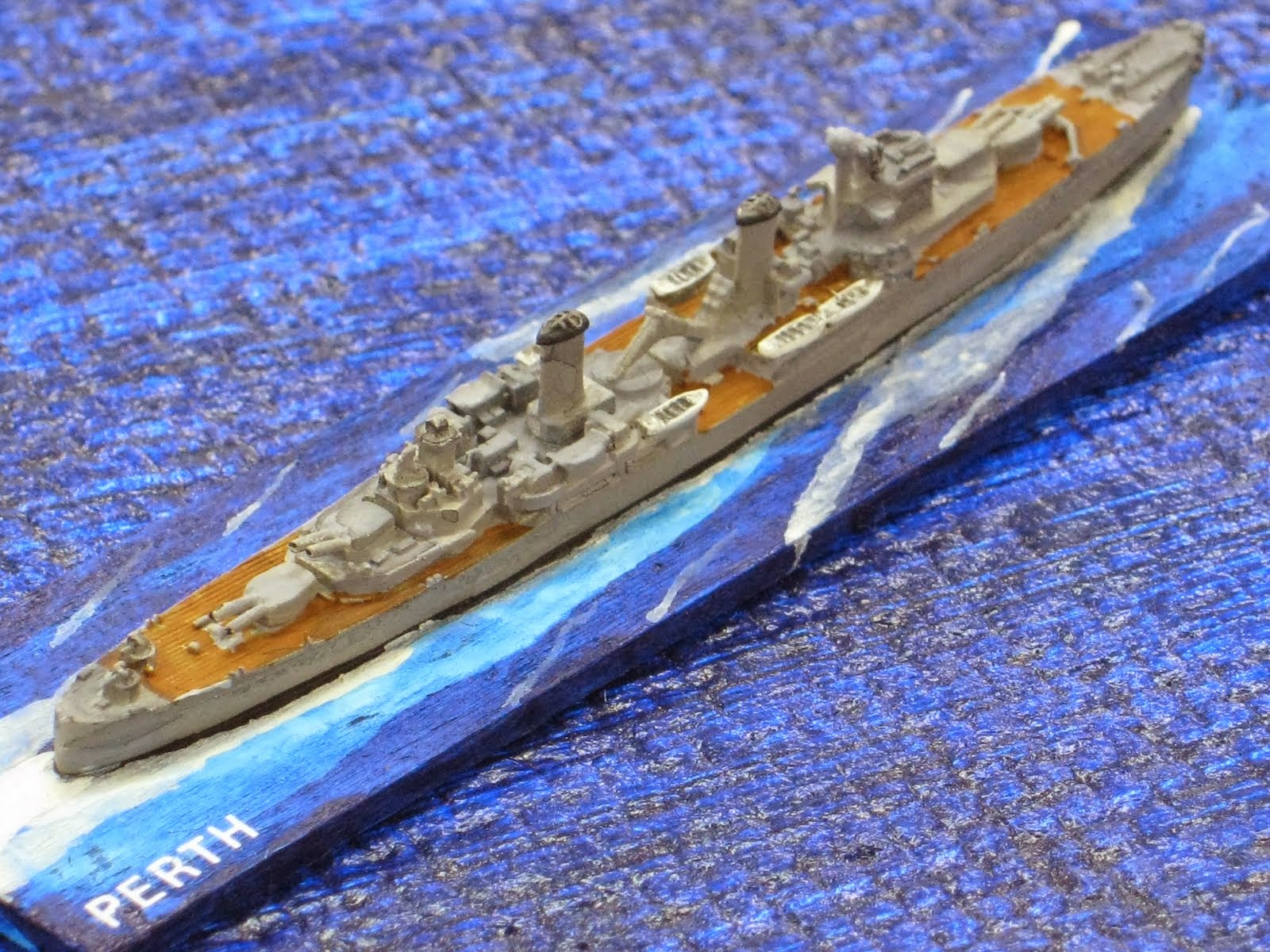 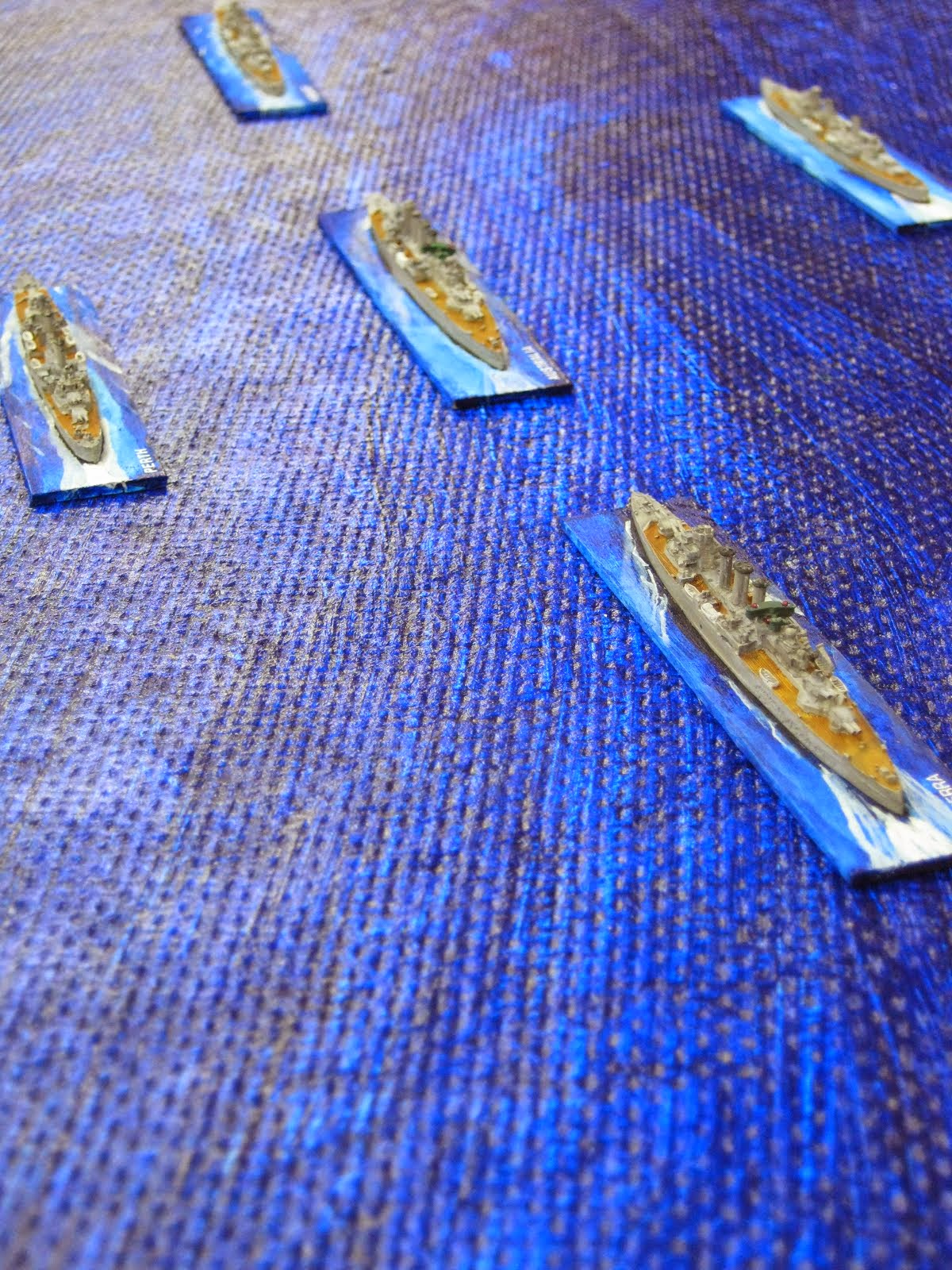 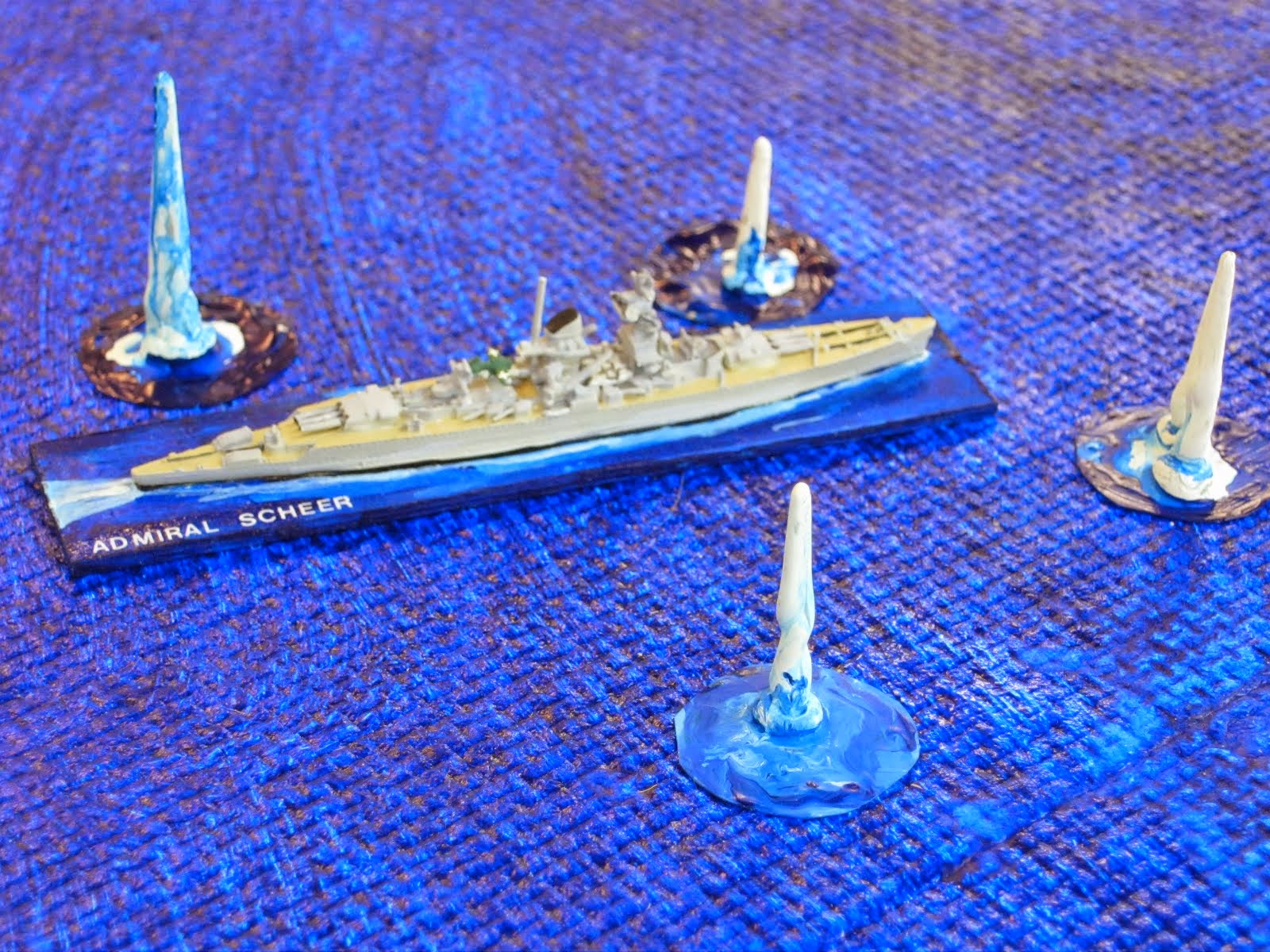